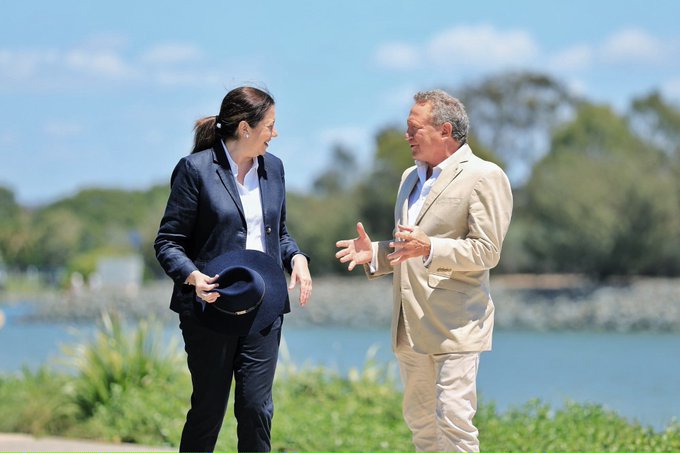 Fortescue Future Industries (FFI) has gained planning approval to build one of the world’s largest hydrogen equipment facilities in Gladstone.

The State Government has granted planning approval for FFI to progress the $114 million first stage of its Global Green Energy Manufacturing Centre (GEM) at Aldoga.

The first stage is expected is create 100 construction jobs and 50 operational jobs.

Job numbers are expected to exceed 300 over the life of the project.

FFI Chairman, Dr Andrew Forrest AO, said, “Gladstone is going to be at the centre of Queensland’s green energy revolution with the first electrolysers scheduled to enter production in 2023.

“This project will not only be a gamechanger for green manufacturing in regional Queensland, it will also provide a major boost for the local economy and indelibly put Queensland as an epicentre of the coming green industry revolution,” Dr Forrest said.

FFI Chief Executive Officer Julie Shuttleworth AM said, “This manufacturing facility in Gladstone will be a major hub in Queensland’s growing hydrogen industry and we are pleased to be working with the State Government on pioneering green hydrogen manufacturing in Gladstone.

“The project will boost the Australian economy and create local jobs for Queenslanders as we transition away from fossil fuels.

“Receiving planning approval from the State Government brings this project even closer to fruition, as we work towards commencing construction on the first stage in February 2022,” Ms Shuttleworth said.

GEM will be the first step in a series of projects that will continue to transform regional Australia through green industry manufacturing and energy production centres.

“It will be the first facility in Australia able to make the multi-gigawatt-scale electrolysers used worldwide in hydrogen production.

“With initial capacity to manufacture up to two gigawatts (GW) of electrolysers annually, it will be the largest electrolyser factory in the world when it comes online in 2023.

“The facility will be constructed within a four-hectare site with an electrolyser assembly building to cover approximately 12,900 square metres,” Mr Miles said.

The initial electrolyser investment is expected to be up to US$83 million (A$114 million), with the first electrolysers scheduled for production in early 2023. 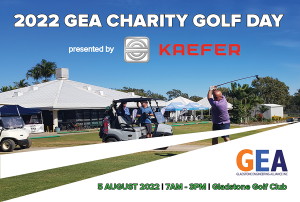 Dust off your clubs and start practising your swing, because the countdown is on for the GEA Charity Golf Day presented by KAEFER Integrated Services. 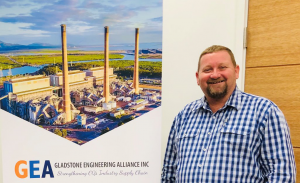 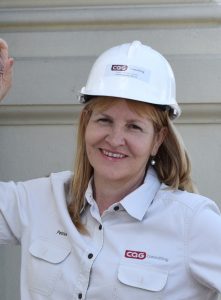 New President of the Gladstone Engineering Alliance Board of Directors

Patrice Brown, founding Director of local environmental and planning firm, CQG Consulting, has been appointed as the new president of the Gladstone Engineering Alliance Board 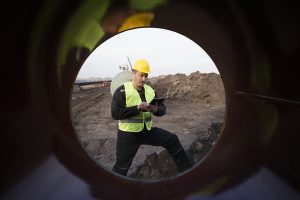 Gladstone Area Water Board (GAWB) has released the Fitzroy to Gladstone Pipeline construction Expression of Interest via QTenders. The release of the EOI is the

Send Us A Message